Bees and our Future

Bees Are Dying Across the Globe: Why? 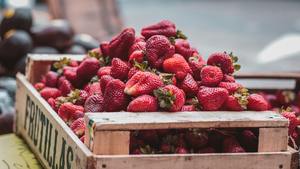 Photo by Johnny Martínez on Unsplash

Millions of bees are dying off, with alarming consequences for our food supply. We rely on bees to pollinate 71 of the 100 crops that provide 90 percent of the world’s food. Imagine no almonds, less coffee, no chocolate, fewer apples and strawberries, less alfalfa to feed dairy cows ... the list goes on.

Scientists point to pesticides as one of the factors causing the die-off, in particular, a class of bee-killing insecticides known as neonicotinoids (or ). In the U.S. alone, more than 60 million pounds of these chemicals are used every year; 43% are used in our homes, gardens and parks and 57% on our farms. [Source: EPA]

Florida’s billion-dollar agricultural industry is a vital part of the state’s economy, however, this requires significant amounts of pesticide. The long growing season and favorable environment also longer environmental exposure to pesticides due to the myriad of crop pests.  These pests have caused significant financial damage to the farming industry creating a high need for protective measures like pesticide use, or better organic growing techniques more in harmony with our planet and ecosystem. [Source: IFAS]

There are over 300 species of bees in Florida; they contribute to the billion-dollar agricultural industry and the unique Florida ecosystem. Despite the economic and environmental link, there are few laws that protect pollinators from these harmful pesticides. Contributing to this crisis, recent hurricane activity, mites, and Colony Collapse Disorder have put Florida’s bee population at higher risk than other states.  A 2018 Tampa Bay Times article stated that there have been significant bee losses, in some cases up to 30%. In 2017, $38 million in taxpayer dollars was earmarked in livestock, farmed fish, and bee loss compensation. [Source: Tampa Bay Times] 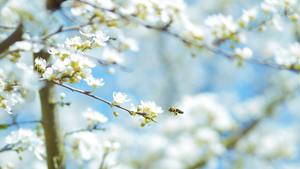 Given the consequences for our farms and our food, you’d think we’d be doing all we can to protect bees and other pollinators from . Scientists say that we don’t need to spray these chemicals all over our crops because we have common sense alternatives—like staggering the time of planting and and planting more native species.

But instead of exploring alternatives, giant corporations like Monsanto (now owned by Bayer), Dow Chemical, and Syngenta are downplaying the risk of these chemicals.

Alarmed by the role these chemicals are playing in bee colony collapse disorder, the European Union has banned several of them, states like Maryland and Connecticut have banned the private sale of , and the U.S. Fish and Wildlife Service has committed to phasing them out on the public lands they manage. Florida does not have legislation that specifically addresses protecting pollinators or banning these specific pesticides despite the evidence.

But even with so much evidence showing that this stuff needs to be banned, Florida’s massive agriculture industry continue to use these chemicals, which can seep into our produce, waterways, and communities.

How Can We Help? 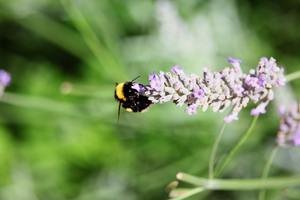 Photo by Callum Cockburn on Unsplash

If enough states take action, we will eliminate the use of more than 40 percent of insecticides used in this country. That’s a lot of bees that we can save—bees that will pollinate our food. And collective action on that scale will send a strong signal to large chemical companies that we want them to stop poisoning our crops and environment with these products.

It’s absurd that we would continue to spray chemicals that are known to kill bees just as we’re in the midst of an unsustainable die-off in bee populations. With sustainable, safe alternatives, it is time to change our practices. Now.