After the devastation of Hurricane Michael, UF Professor David Prevatt surveyed the damage and wrote a report about the impact on Florida homes. His report said that homes built before the statewide building code was implemented in 2002 had much more damage than newer homes. He concluded that stronger building codes work but even newer homes were damaged in Michael’s fierce winds. Vinyl siding, soffits, and some roofs were damaged similar to Irma and Matthew. 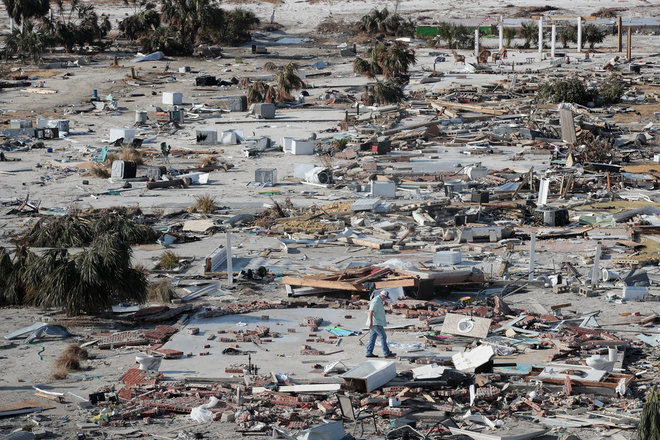 Surprisingly, some homes survived almost undamaged: Habitat for Humanity had built several homes that exceeded building codes by simply adding strategically placed nails, some small metal connectors and window shutters that created a sealed package. That inexpensive change was enough that the homes were resilient and withstood Michael’s 150 MPH winds, well beyond the 120 mph required by Florida’s current codes.

Only 120 mph? That’s right. Florida has a weaker building code in the Panhandle than in South Florida where buildings are built for 175 mph winds. Maybe it made sense at one time, but now reality is 150 mph winds in the Panhandle and anywhere else on the coast.

There isn’t complete agreement on climate change, but that’s the point: the weather is now more unpredictable than ever even with very complex computer models and advanced artificial intelligence. If you were safely anchored in a worldview that included science accurately predicting the weather, well, these hurricanes will shake your foundations. We’re just not sure how many powerful hurricanes will make landfall in Florida next year? How about just guessing more than this year? Or less? It is an unknown.

How to protect our homes from the unknown? Stronger building codes. We know they work, but getting there is complicated. We also know some older homes are stronger, but without an inspection, we don’t know how strong or what is needed. The Legislature will consider new building codes next year and it should address the obvious problems noted in Dr. Prevatt’s report. The Legislature should also prepare for 150 mph winds that extend well inland and make that the new minimum standard.

We should update codes for renovations and repairs. Focusing on roofs, the recommendations include using better nails, connecting the roof to the walls, and the walls to the foundation. Then sealing the underlayment with new materials to make it more waterproof even if the shingles or tiles are torn off. Great idea! During a normal replacement cycle, this would cost as little as $800. 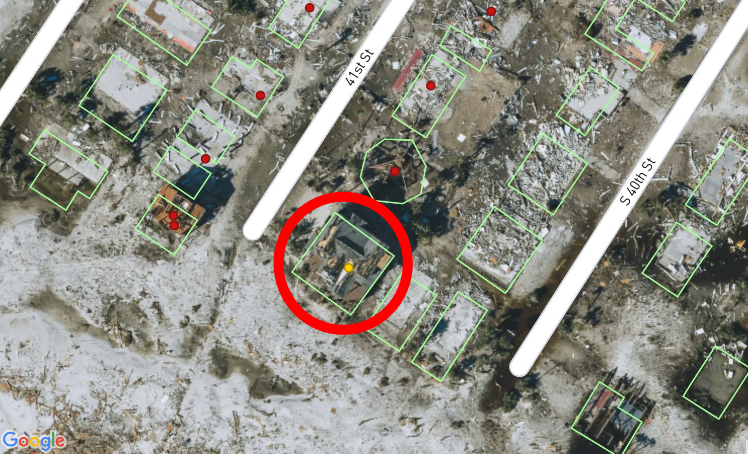 Green squares are where homes once stood

Some homes will still be lost, each one is a disaster in itself, but we will not lose so many. Strengthening homes costs money, but not as much as replacing the home and everything in it. Lower insured losses could be a source of funding.

An updated building code will reassure home buyers that their investment and their family is safe. Otherwise we risk what is happening in Mexico Beach area: residents and businesses aren’t coming back because they lost everything and they’re terrified it will happen again. Who can blame them? The Legislature must not allow unsafe homes just to save pennies. They can find other ways for keep housing affordable instead of cutting corners. We know that’s a mistake. Strengthen our homes!